EP 121: How to Prepare Your Airbnb for Long-Term Guests Michelle Himden 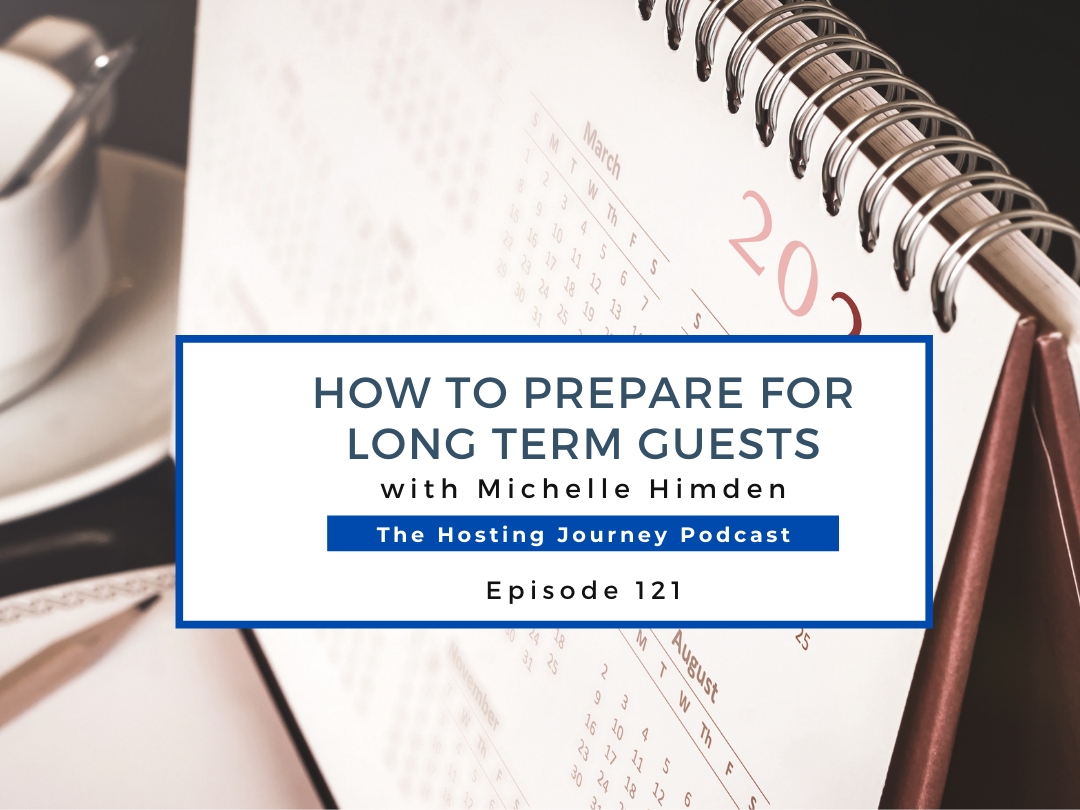 Dear hosts, let's talk about long-term guests. These longer-term guests have different needs, expectations, and your short term rental needs to be ready for it. In today's episode, we talk all about How to Prepare Your Airbnb for Long-Term Guests with Michelle Himden from Cityamy.

I'm not talking about someone who is a long-term tenant staying for a year. When you host that type of long-term tenant, you usually don't need to provide a furnished apartment. No, I'm talking now about guests who come to your town for a work or study project, a  travel nurse, or a grandparent visiting a new grandchild.

In many places, guests are staying longer than the usual four days or even 10 days. Remember when you had a 10-day reservation and you thought, “Wow — that is a long time for a guest!” Now, it's 15 days, or in my case 30-days or more.

Because of all the changes during this COVID time, a lot of folks are working and studying remotely. People want to do it in different countries, learn a new language, or have a new experience.

One inquiry I had from a medical student was “Hey, I always wanted to learn Spanish so I want to go to Puerto Rico. I'll be studying during the day. Can I stay at your place?” I’ll let you know what went through my head.

How to Prepare Your Airbnb for Long-Term Guests

Cityami is a short term rental management and consulting company. Whether you’re looking to launch your first short term rental, convert from a boutique hotel to an apartment hotel, or simply optimize your earning potential, Cityami has it covered. Their clients are primarily real estate investors interested in non-traditional management.

Michelle’s New York clients transitioned from tourists to longer-term guests when Airbnb made a deal with New York City.

If you want to find out about New York legalities you can listen to  Episode 109 Airbnb & NY 2020 New Law Update w/Brandon Mckenzie where Brandon and I go deep about this important issue.

But before you go, lend me your ears and learn How to Prepare Your Airbnb for Long-Term Guests where  Michelle and I discuss:

This episode is full of valuable information to help you welcome your brand new monthly guests.

Evelyn: 13:17 I asked you Natalie, to come onto the Hosting Journey one more time, besides that everybody loves your episode.

Remember, we’re not alone, we’re a community of hosts and it’s great to learn from all of us.