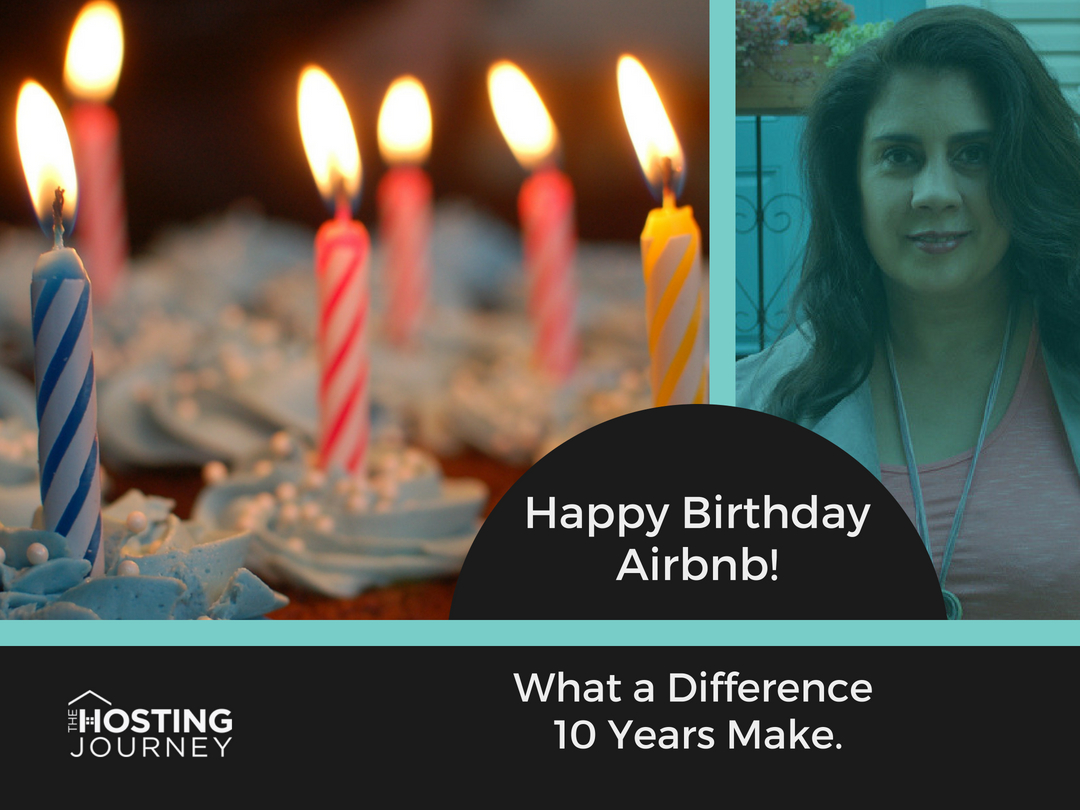 Dear hosts, do you remember what you were doing 10 years ago? Where were you working? Were you in the middle of a glamorous career?

I was working as a freelance producer for television commercials, traveling a few times a year. I went to Argentina for at least one trip a year. How I miss Buenos Aires, the people, the Malbec, the tango, the good life. I was already living in my current home, and life was…good.

But the economy was shifting. Do you remember? How can we forget? The economic crisis of 2007, 08, 09, 10, and so on. People losing their homes, jobs, retirement. It didn’t hit just one country. It boomeranged around the entire freakin’ world.

The economic crisis hit me in January 2010 when my then freelance job of over 4 years came to an end. I couldn’t get an email answered or a callback. so no job for me. Yeah, things were rough. You know it’s bad when your therapist is calling you to make sure you’re ok. I had savings and a roommate. Money was just going out, but not much coming in only goes so far. I found Airbnb in May of 2010, hosted my first guest, and didn’t look back. You can hear all about it in Episode 1 My Personal Hosting Journey

Yes, by 2010 Airbnb was already in existence. It was then called Airbedandbreakfast was born in August 2008. That was the name Brian Chesky and Joe Gebbia gave the company they created. Why did they open their home to strangers? Because they were broke and looking for a way to pay their rent in pricey San Francisco. Theirs was a problem that many people were experiencing in 2008, especially with that recession.

Back then a lot of investors didn’t believe Airbnb would succeed. How wrong they were! They didn’t think people would open their homes to strangers. We are all lucky that Brian, Joe, and Nate, who joined the company a bit later, didn’t listen to them.

I always wondered if Airbnb would have succeeded if the economy hadn’t collapsed the way it did back then. Before the collapse, I was doing ok. I had a great job. I was making enough money to cover all of my bills. I was not thinking at all about changing careers. Not in a million years would I have thought that I would be spending the last eight years living with strangers.

What about you? Do you think if the economy had stayed the way it was that you would be doing Airbnb today?

In the last 10, years Airbnb has evolved. It has grown. Some changes we hosts have loved. Others, we haven’t been particularly crazy about…just like life.

Remember those changes? Here are a few to jog your memory:

Airbnb offered free photography, with some caveats. This one particular offer actually improved Airbnb’s bottom line and ours as hosts. Airbnb realized that photos needed to be improved, so much so that the founders used to come and do the photography themselves. That’s right, Brian and Joe actually did this. And maybe you’re one of the lucky hosts who had them as a photographer.

Eventually, they removed this offer and now you pay for the professional photography service.

Then there was Instant Booking, which is something that we still have. Some of us hosts have resisted it, but many have learned to embrace it. I find that I actually enjoy it. I did a podcast episode all about it, and you can listen to the Episode:05: Instant Booking: Pros and Cons

I know some members of my Facebook group The Hosting Journey have reluctantly tried it and then said. it isn’t that bad. How does the saying go? Don’t knock it ‘il you’ve tried it? You just got to do it right.

It’s difficult to keep up. Whew!

Evolution, growth, progress. These are the names of their game.

According to Forbes, Airbnb is expected to generate revenues of 3.8 billion in 2018, yes that’s billions with a B.. And the company has been valued at $38 billion dollars. Of course, we’re all waiting for Airbnb to go from a private company to a public one.

Every year, there is speculation about it.

But some of the biggest hurdles for Airbnb to become a public company are regulations and legal issues. Even their hometown San Francisco has regulations on how many days you can rent your home. As of this recording August 2018, the current San Francisco regulation limits rentals where the Airbnb host is not present for a maximum of 90 days a year. And only primary residence can be rented. That’s one of the many rules that hosts have to deal with.

And that’s San Francisco where Airbnb was born. Yes, every day you can see in the news how major cities and even small towns are creating some regulation either stop or regulate short-term vacation rentals.

This wasn’t the case 10 years ago, but evolution works in mysterious ways and no one can predict the future…yet!

You have heard me talk about the legal issues specifically affecting New York in Episode 36: The Sharing Economy is Here to Stay… Embrace It. And I’ll continue talking about it because it affects us, hosts. Regulations, legalities, we have to talk about it. You can’t avoid it.

The economy changed in 2008, and because of this, the quote-unquote sharing economy was created. Airbnb, Uber, TaskRabbit, and many other companies were born during the sharing economy revolution.

Let me say that I’m not against regulations, taxes, and legalities, per se, but I do believe that they all need to be fair.

What we have to remember is that none of this existed 10 years ago. But we persevered, and we are still here. Of course, we have to be smart about it. It’s one of the reasons why I’m always telling you about all of this stuff.

Like…Pull your guest information out of the platform. Create your systems. Learn the legalities of your cities. Keep your accounting straight. Have the right insurance.

Airbnb is a company. You’re not Airbnb. Your business is your business. Protect it. And Protect yourself.

Don’t get me wrong, every day I’m in appreciation and thanks to Brian, Joe, and Nate for creating Airbnb, for sticking with their dreams and their company. I know how hard it is. I know firsthand how easy it is to give up.

If you ever doubt that a few people can change the lives of many, look how many lives these three individuals have affected in 10 short years. Imagine what will happen in the next 10 years? Imagine where you’ll be then?

There is a great quote from John Heywood: “Rome wasn’t built in a day, but they were laying bricks every hour.”

Where and how will you build your brick house?

THJ 36: The Sharing Economy is Here to Stay… Embrace It