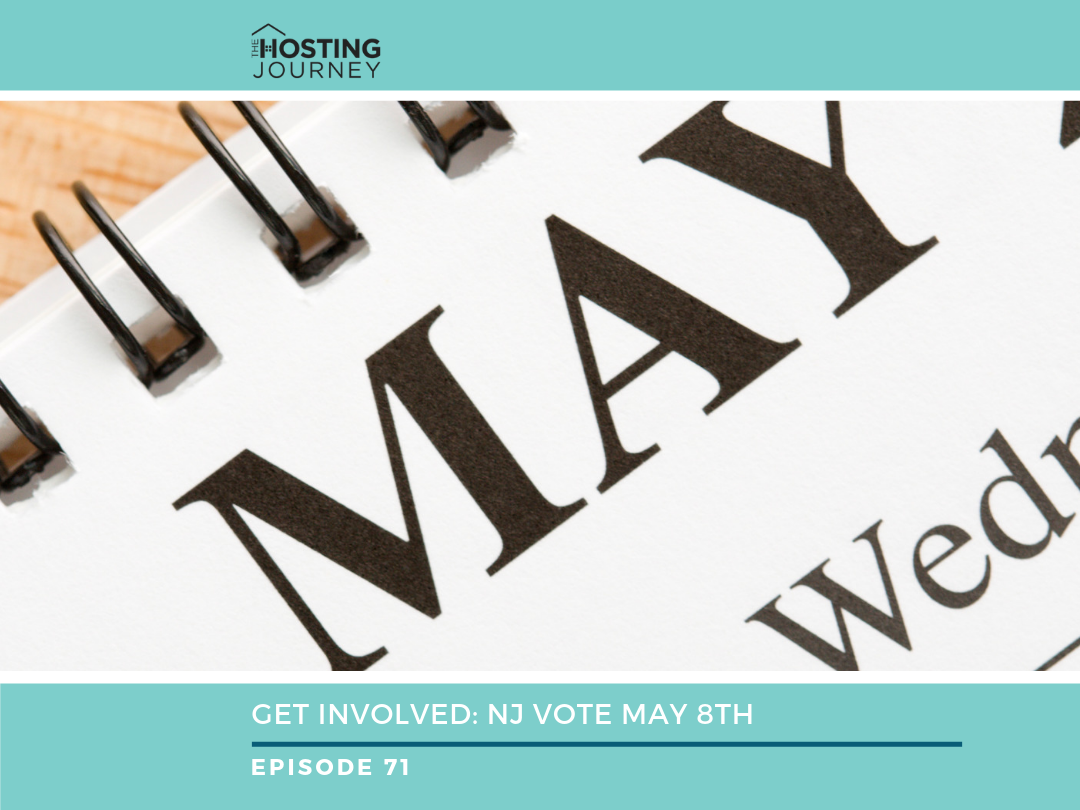 Opening your home to Airbnb can create a world of possibilities. A 10th review can you turn you into Superhost, and a bad review can get your listing taken down. Change happens quickly; unexpectedly. In today’s episode, “Get Involved: NJ vote May 8th,” I’m bringing Mike Mckay back to the show to discuss the upcoming City Council Meeting on May 8th. It is at this meeting that a new ordinance will be voted on that would shut down a large portion of Airbnb in Jersey City.

In 2015, Jersey City became one of the few cities that made short-term rental legal. They started charging hotel tax, and all was well. Tons of hosts from the NY area landed there, and the community grew. It has continued growing. In 2018, the hosting community provided over 1.8 million dollars in taxes. That’s a lot of money.

Now, less than 3 years later the city wants to change the law again, and it’s not just going to affect hosts but also the support staff they employ. Listen to, “Get Involved: NJ vote May 8th” to find out all about it.

Wishing the hosts of Jersey City lots of luck. Visit JCforAirbnb.com to find out more. Hosts can be part of the change. It’s up to us to create responsible regulations. What do you want to see? Share your voice!

Remember, it’s your business, your home that’s at stake. Maybe today it’s in Jersey City, but tomorrow it could be in your city, your town.