“We Accept” is Airbnb’s first Super Bowl commercial ad.  If you haven’t seen it, you can watch it here:

You can view Airbnb's Mission Statement We Accept

This isn’t meant to be a political statement. Whether you agree, disagree, or are indifferent with the current U.S. administration, it’s immigration proposition or its current travel ban, this observation isn’t about imposing a political view or stance.

Since we’re all connected in this global sharing economy, I want to discuss how Airbnb and its decisions could affect our business as hosts.

I just created a Facebook “Live” video on the subject. I invite you to check it out below. This is a recap of the video.

Many of you know my story, but for those who don’t, I have been an Airbnb Superhost in New York City since 2010. I have been tapped twice to be a Host Educator at the Airbnb Open conferences in Paris and Los Angeles. I’ve also spoken at the New York State Assembly and NY City Council when New York started changing its laws and requesting hosts’ personal data. I have become an activist…at times not by choice but conviction. Airbnb saved my home, and I’m forever indebted, but I also know it is a corporation with a bottom line to protect. I opened my home when Airbnb created their first relief program right after Superstorm Sandy in NYC. During Hurricane Sandy, over 1,200 hosts signed up to provide free housing to New Yorkers in need. That disaster relief program, which was started in 2012, has now been implemented worldwide whenever there's a natural disaster or an attack.

Little did I know that I would experience the program in action a second time. You see, I was in Paris at the Airbnb Open in November 2015 when the terrorist attacks occurred. During those unpredictable days, many Airbnb hosts offered their homes to people who found themselves without refuge or a place to stay. I’ve never been prouder to be part of the Airbnb global community.

Last week, Brian Chesky once again activated the relief program when President Trump announced the unexpected travel ban to the U.S. Luckily, it wasn’t a disaster or a terrorist attack. I don’t even know how many hosts signed up to participate in the program; however, the fact remains that the program was activated, and Airbnb received press about it.

During the Super Bowl, the Airbnb “We Accept” commercial was aired. For the most part, the ad has received positive reviews. Of course, it has also garnered some negative publicity. There is even some chatter about boycotting Airbnb because of their perceived political view and involvement. Other big name companies are receiving some backlash for their ads as well. Budweiser and Coca-Cola aired commercials, which have been labeled by some critics as too political and controversial. These products are also being targeted.

The boycott of any company is never good for a business. For Airbnb, it carries a double effect. When travelers boycott Airbnb, they’re not just boycotting the company; they're also boycotting us, the hosts. Unfortunately, a host does not have much say about Airbnb ad campaigns. Luckily, the coin has two sides. Hopefully, others will view this commercial in a positive light and will continue to book with Airbnb. Perhaps, we will even reach a new audience due to this commercial and it's political intent.

You probably have noticed the many discussions about the low reservations and inquiries. Maybe you’re affected by them. Declining numbers of inquiries have been going on long before this travel ban, Airbnb’s refugee program, or the “We Accept” commercial. I believe they started because of the popularity of Airbnb and legal issues being raised in certain cities.

Let’s break it down.

Airbnb isn’t perfect. Consider Leigh Gallagher’s book, “The Airbnb Story: How Three Ordinary guys disrupted an industry, made billions…and created plenty of controversies” (especially now). Even with its up and downs, Airbnb has had almost 160 million guest arrivals. Airbnb has over 2 million listings in 191 countries, and those guests need hosts.

Airbnb is even more popular today and with no sign of slowing down, but your competition isn’t going away. It isn’t much you can do about competition, especially since you already have an incredible listing with good reviews and an excellent reputation. 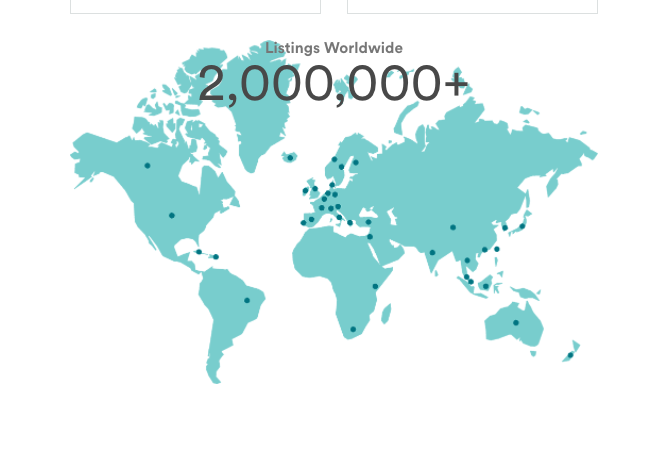 We have been affected by the legal issues that Airbnb has been facing all over the world. This isn’t something new. The legal issues in New York and San Francisco have been going on since 2012. Every month, different countries, cities, and counties are creating new restrictions and legal issues. Part of it has to do with the oversaturation and popularity of Airbnb.

I have received messages from upcoming guests with concerns because of the press and news reports.

As a guest, I can understand the concerns of not wanting to travel and possibly having my reservation canceled. I don’t want a host telling me, “Just say you’re my cousin.” That would not happen at a hotel.

In the last six months, Airbnb has been settling with different cities, releasing data, collecting taxes, and imposing hosting limits. Many hosts are in limbo.

I was in Paris as a Host Educator during the Airbnb Open in 2015 when the terrorist attacks happened. I was with my cousin, and we were going to travel to Spain and London. I cut our trip short because I was shaken up and wasn’t feeling safe.

I wanted to be home.

I know of many others like me who are staying closer to home. It’s unfortunate that I allowed that incident to affect me like that, but it did. We all respond in our own way to trauma.

Now we have a travel ban for seven countries. Even though it was temporarily lifted, this ban has created another layer of issues for people traveling from these countries into the United States.

I’m hearing the United States has been eliminated as a destination place for many travelers. People don’t know the restrictions entail and are not clear about what’s going on. Bottom line, there is a lot of confusion, and it’s too much for people to figure out.

People who are traveling for conferences are wishing to cancel.

All of these reasons are part of the reasons for the fewer inquiries and reservations.

Have You Seen a Decline in Inquiries?

I would still be a bit proactive and have a strategy; just be a bit more aware of what’s going on in the industry. Sometimes inquiries stop completely from one day to the next, and you don’t want to be caught without any bookings or inquiries.

What Can You Do as a Host?

A host in the Facebook Group, “The Hosting Journey,” decided it was better to get a long-term guest during this time of uncertainty. She wasn’t getting that many inquiries, and she needed the income. You can decide to just get a temporary long-term guest, someone who will stay (and pay) for six months or so. This host should sure to keep the calendar open for let’s say the next six months and see if she gets any inquiries and bookings. Then, she can make an informed decision to either continue with a long-term tenant or come back to the vacation rental world.

Remember, with Airbnb you can step in and out, anytime. You don’t have to be a host all the time. Make it work for you!

You can reach out to local businesses, schools, yoga studios, hospitals, and convention centers. Advertise yourself to their business. You will need to be more aggressive and not just wait for Airbnb inquiries.

You will need to add your listing on other platforms beyond Airbnb. Decide which is best for your style of hosting, and advertise there. Remember to keep your calendar up to date and be careful with double bookings.

You don’t need to sit and wait for Airbnb to promote your listing and send you inquiries and bookings. This is your business, and you need to treat it has such.

Remember to always update your calendar and prices because Airbnb loves for you to go in and show some loving to your listing.

Whatever you decide to do during this time, there will always be travelers, events, and guests. Ebbs, flows, and cycles happen in all business; you just need to have a strategy and be prepared for it.

Join us in the Facebook Group, “The Hosting Journey,” where I will be discussing other tips and tricks to get out of the slow season slump. Right now, we’re giving feedback about business cards because there is nothing like a good old-fashioned business card to share with our guests and local businesses.