Carrie’s Story: A Journey from Host to Guest

The below is a first hand story by fellow Airbnb host Carrie as a first time Airbnb guest I found it most poignant the experience from being a host to becoming a guest.

I was going to a wedding about an hour from home, and had a $100 Airbnb gift certificate, so I decided I would use the certificate rather than drive home after the wedding. This would be my first time as an Airbnb guest.

Using the Airbnb map feature to select a place near the wedding venue, I looked for places that charged right around the $100 mark, and then I looked at photos and reviews. The photos of the place I chose (there really weren’t many photos) looked nice, the description (which was pretty bare-bones) mentioned animals (a definite plus) and there were lots of good reviews. There were NO house rules anywhere, which was disconcerting to me as a host – but I imagine that most guests wouldn’t even notice that.

I contacted the host a month or two before the wedding and she responded that she’d love to host me, and also told me that her sister was considering holding a baby shower there on the afternoon of my arrival. Would that be OK with me? I said it was fine, as long as I wouldn’t be disrupting their party. The Host just said to text her when I got there and she’d receive me.

I texted her when I was on my way and said I’d be just a little later than anticipated. Again, she responded to text her when I arrived. I got there and texted that I’d arrived. There was a decent amount of activity in terms of cars and I saw some people milling about the house. I waited a couple minutes, not wanting to knock or just walk in as I knew there was a baby shower and the Host had specifically said to text her. As I was getting my stuff out of the car, a shower guest was walking past to the house and I asked her to let the Host know that I was there.

*As-a-guest-note* – I only waited a couple of minutes, and I knew the host was in the midst of a family event. *But* – as a guest, I’m in a strange place, entering into someone else’s life and here I am, standing out in the cold, waiting for the Host who was expecting me…

The Host opened the door for me and was cheerful and friendly. She showed me around the attic bedroom. As she did, it was clear she was the kind of person – with the kind of warmth and charm – that when she says “I’ll talk your ear off,” you really sincerely want her to. She told me to text if I needed absolutely anything or if I needed to call a cab back from the wedding.

She told me that no doors were ever locked – I could just come and go as I pleased. She also told me that either she or her helper would leave breakfast items/makings in the kitchen in the morning: croissants, eggs from their chickens, etc. She also told me that she lives in a little cottage on the property, and that there was currently one other longish-term guest in the house with me. Breakfast was not checked off as an included amenity and was not mentioned in the description. A very nice surprise.

I had less than 30 minutes to get ready for the wedding, but we managed to talk a bit about hosting. I asked her if she got the same letter I did about hotel taxes in our state, and she said that she did not. I told her I could email her a photo of it.

The room and private bathroom were lovely, with lots of towels, extra blankets, a space heater, water bottles and books (none of which I used.) The photos in the listing do not appear professional at all. The room was bigger and nicer than I expected and all was clean. There was a stinkbug in the bathroom – a scourge of East Coast rural and suburban living. One nice thing about my urban life is that I don’t have stinkbugs.

*As-a-guest-note* – I know that stinkbugs get into houses, and that they have NO bearing on the cleanliness of a house. Living in the city, I do (from time to time) get a cockroach. Not often, but I do hope that guests don’t see them, as I’m sure I’d get dinged on cleanliness.

I’d just gotten back from my cousin’s wedding – two women who have been together 37 years and have an adult daughter. Two women who can finally legally marry. I was a little wound up and I wanted company, I wanted to talk. I heard voices downstairs and wondered if one of them was my friendly, talkative host. I went downstairs and there was a woman (not my host) in the kitchen. I said hello. She apologized for the noise and I went back upstairs.

So many guests (I think) choose Airbnb because they want the human interaction. They not only want tourist tips from a local but they genuinely want to meet people who live in the places they’re exploring. Airbnb’s (at least the ones where you’re staying with people) are so much less impersonal, so much less lonely than hotels. And, presumably, one of the things us hosts like about hosting is meeting different types of people from all over.

So, here I was, in this strange place, alone, having just been to a family wedding, and I wanted to share it with someone. So, I went downstairs, at night, hoping the nice host would be there to chat with me. I only went into the keeping room (guests have access to keeping room and kitchen – mentioned in description, but no photos of these lovely rooms in listing) but the ONLY reason I went down was for company. So, maybe a lesson to myself here, is that when guests want to talk to me, I would do well to understand that as flattering, and to accept it with compassion.

In the morning, I woke around 7 and wondered what time breakfast would be put out. My intention had been to wake up whenever I woke up (I tend to be an early riser) have some breakfast, and head home. I went down at a little after 7. There was a Keurig coffee maker and I didn’t know how to use it. I sat in the keeping room in front of the fire for a few minutes and the host’s helper came in to bring out breakfast. He showed me how to use the Keurig. I made myself a cup of coffee and talked to him as he cleaned up a bit and brought out croissants, OJ, bread, cereal, eggs, etc. He asked me if I’d be cooking eggs and showed me where the pans were just in case. He told me I could just leave my dishes in the sink.

*As-a-guest-note* – As a host, I leave my breakfast stuff where it’s stored (fridge, pantry cabinet) and show people where it is at check in and tell them to help themselves. This creates minimum work for me, and, if I’m not home, I don’t have to leave perishables out and hope that guest will have the sense to put them back in the fridge. I have to say that leaving them out just made it feel more welcoming – like I wasn’t going through *someone else’s* stuff. So many of my guests don’t take advantage of the do-it-yourself breakfast I offer. And I wonder if they don’t feel like they got as good value because they didn’t feel as comfortable taking advantage of it.

While I was eating breakfast, host’s sister (I later found out she was the person who I’d seen the night before when I came down in my PJ’s as she had spent the night after the shower) came in and I chatted with her a bit. I felt a little awkward after our exchange the night before, but she was very friendly.

After breakfast, I packed my bag and left. I did not see the host after checking in. I did leave a note on the bedside table when I left, thanking her and encouraging h
er to get in touch should she find herself in Philly.

A couple of weeks later, I welcomed a one-night business traveler into my home at 10pm. It was cold out & he'd been wandering a bit outside, trying to find my house. I offered him a cup of hot tea. He ended up chatting and chatting… I finally had to say “I'm going to bed, you're welcome to hang out down here…”

The next morning, while sitting with him at the breakfast table, he said: “it gets lonely traveling alone, without my family. With Airbnb, I get some human interaction.”

A good reminder. Our job is more than providing people a safe, clean place to sleep.

Being a guest is one of the best ways to learn as a host. 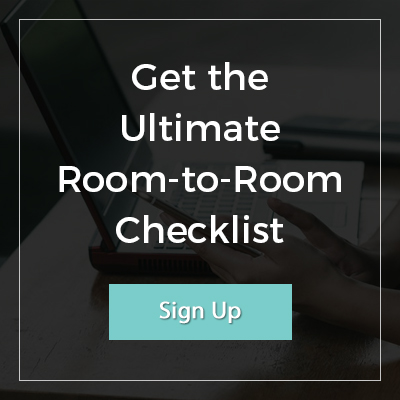